We are not members of the royal family who are obliged to behave in a certain way according to different situations. Even though, good manners and politeness are always considered beneficial features because people with these characteristics appeal to most of us. Knowing the specialties of your own character and ability to use them in accordance with the rules stated in society plays a significant role even today. Etiquette is the list of rules that regulate people’s behavior and attitude toward each other. Keeping those rules always means the increasing chance of finding a common language with the person, besides, it builds a very good first impression.

Somebody might provide you with the statement that etiquette is out of date in the 21st century. That is a very huge nonsense, especially, talking about dating. Of course, society and the modern outlook differ from those that were normal a few centuries ago, but that doesn’t mean that the rules of behavior couldn’t change as well and that we shouldn’t follow them.

In general, that dissimilarity is not as immense as we could think. Modern dating etiquette has a lot in common with the traditional rules but that doesn’t mean that it cannot evolve and develop with time. And online dating is the best example of how this range of appropriate types of behavior changes in order to correspond to the requirements of a certain epoch, which is now called technological.

The importance of casual dating etiquette

Society has existed for many centuries. A very long time has passed since human beings had started building social bonds, but a few phenomena are still unchangeable. Etiquette is one of those things. The importance of this notion through the ages doesn’t mean that we still have to use the same rules as, for example, ancient Saxons had.

This is about the general impact of these things on our lives. What is common between modern etiquette and the etiquette of previous ages is that these rules are regulated only by people and peculiarities of a certain society. We called them «unwritten» because only we are responsible for keeping them but not any law or governmental institution.

Dating was always immensely important for any society member every time. This is the way to build a family, which is impossible without keeping some norms. Without them, everything would be in a mess and the human couldn’t evolve as a social being that needs to create new relationships in order to continue the human race. As long dating exists, as long it will be necessary to be aware of its etiquette.

What about online dating rules etiquette?

Actually, online dating is just a modern means, or if you like, one more version of usual waiting. Generally, it requires the same way of attitude to the opposite gender as its older type. However, it comes pretty obvious that some things are added to the etiquette for dating. «What is the reason to change a stated set of norms?» — you would ask.

The answer is that we should take into consideration that everything about online dating works online, which is a little bit different from real-life. That is why, except for common rules, we have some additional ones such as texting etiquette dating, which regulate people’s behavior in the area of Social Networks. Dating websites and services also correspond to the features of these Networks.

Here we have gathered some simple rules of dating site etiquette you are required to follow if you prefer this way to get acquainted.

Do not begin with a lie and be genuine

During a meeting in a café, it is easy to understand whether the person attracts you or not. If you look at someone’s portfolio, you cannot be 100% sure that the photos and the information are true. You don’t want to be uncertain about the person you date online and he or she doesn’t want that too. So, it is more nicely of you to be truthful in describing every detail of your personality in a portfolio. The simplest thing you can do is post your real pictures. Believe the experience of many people, this is extremely important if you want to show your good manners.

Etiquette also dictates us not to ask too much about a person. Even if you are really interested in your match, try not to annoy him or her with an immense amount of questions, which sometimes might be inappropriate. More than that, somebody may feel some threat in your curiosity. It is dangerous to reveal sensitive details to a person you know only online. That’s why, except for being frank and genuine, try to behave patiently.

When messaging somebody online, remember that you should act politely. Nobody likes rude people who don’t know how to express good manners while communicating on special websites. When the relationship evolves, the moment comes when you need to ask for the first face-to-face date. If you ask politely, your chances to receive «yes» are much higher.

Online etiquette recommends you have a certain plan before asking for a real date. Being venturous enough for doing this on spot is nice, but following the etiquette rules is better anyway. Think over all the details about the date and only then make a suggestion.

If you asked but didn’t get the answer, do not insist on your opinion. Even if you received a negative answer, be patient and keep on communicating with a person expecting a further opportunity to ask.

How to behave if the relationship doesn’t go well

Not every acquaintance on a dating website will end up in a romantic relationship. That is ok because no one guarantees a positive result for you. Everything depends on how you act and, of course, on how you follow the rules that are listed above. Except for them, etiquette provides us with decisions of how to behave if we see no prospect in a relationship.

Always be respectful. It doesn’t matter what a person’s attitude is towards you, you ought to respect their mind and point of view. Even if the partner behaves impolitely, do not do the same. You have to keep your image and preserve the feeling of your personal honor whatever happens.

If the initiative of break up is yours, etiquette recommends you not to inform your partner with a message. Even considering the specificity of online dating, in which you mainly use texting, try to find another way of ending a relationship. Maybe you can make an online call or whatever else. Messaging for break up is about poor manners. If you don’t have any possibility to contact the person except for messaging, your text should be polite and respectful so that the partner will understand the main circumstances of your decision. One more thing you should consider comes after the breakup. Etiquette rules suggest not talking disrespectfully about your previous partner to your next match on a dating website. Follow the pieces of advice we have provided you with and have a great relationship!

View all posts by 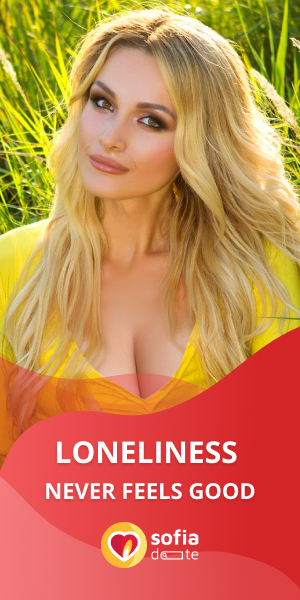